Despite the fact the pandemic is lasting for several months, it is still not many facts known about the virus, including the riskiest places and actions leading to infecting. Nevertheless, the number of facts discovered grows over time with the help of experience from other countries and many types of research done.

3 Ways to Get the COVID-19 Infection

Currently, the following 3 ways are known as the most common for passing this disease.

The main way to be infected with the COVID-19 is by contacting the drops that appeared during the sneezing/coughing. This way is called respiratory because of the way the virus gets into the body. The mucus in the biggest droplets produced by the infected person is the major source of the virus, although micro drops are still dangerous. It explains the necessity to follow the 6-feet social distance advised by the CDC.

At the same time, the contact with asymptomatic people, who’re, however, carriers in 25% cases, brings the thought that sneezing and coughing is not the only way of the disease spreading.

The virus transition without the help of mucus produced during sneezing or coughing is explained by its suspending in the aerosols which are able to move in the air. The danger os these aerosols containing the virus is in their activity for 3 hours.

This leads to the probability to get the infection just during the simple chatting to the sick person, which gets worse when someone spits during conversations (which can happen to everybody). In such a way, not only the virus aerosols are treated as a danger, but the surfaces where the little spits are gathered.

The last known way of the virus spreading is direct contact with it, which could be done via any surface. When the infected person spreads his particles, which contain the virus, on the surrounding surfaces the other person may touch them and bring the infection to the organism through hands during scratching the nose, touching the lips or eyes. The COVID-19 easily gets to the body by the contact with mucous membranes of the healthy person infecting him or her.

Statistics don’t say how many such cases, but it shows that the COVID-19, as well as SARS-CoV-2, is able to stay active on the cardboard for 24 hours, while on the plastic or steel for 48-72 hours. 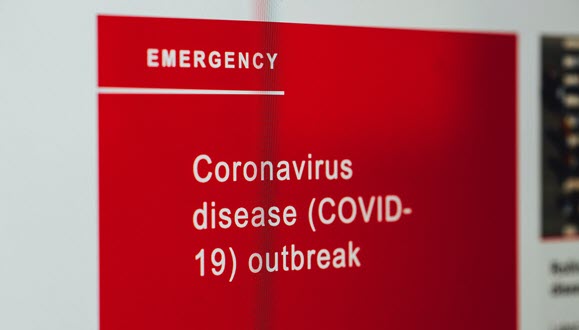 Places through Which the COVID-19 Spreads

The quarantine measures exist to limit your presence in risky places, where the probability to be infected with COVID-19 is high. This is why it sometimes people wonder how could they be infected in their own home? Cases, when the family who follows the isolation regime still has infected members are explained by at least one person who visits the risk areas with improper protection measures, which makes them all infected and brins the disease to the whole family.

To those places relate:

The gradual come out from the quarantine is connected with an increase in the number of contacts and visiting more public places which are directly connected with the probability of infecting. All we can do is to keep our aerosols from others by wearing masks and frequent hands washing after any contact with people or surfaces. This can safe from the COVID-19.

If you’re ready to re-open the office or workspace for your employees the wise step would be to apply Signature Water and Fire Restoration services in professional cleaning. This will give you the assurance you invited people to a safe and hygienic environment without matter employees or clients. Signature Water and Fire Restoration technicians are ready to help you with making area disease-free and healthy, so you can better focus on work and do not worry about COVID-19. Be on a safe side and learn more on our website about services to order.

*properly done cleaning can remediate immediate problems, but it’s impossible to eliminate 100% of organisms even using the powerful chemicals.